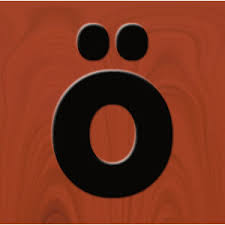 In my research of Kathryn Roahrig Bradford’s family, I came across 8 different spellings which indicated to me that this foreign name included a vowel alien to the English language.  On one side journey I inspected a naturalization document which included the applicant’s signature. ” AHA!” I thought.  There is a German vowel: the umlaut O, the O with two dots over it, the O that sounds like perk or burn.  THAT vowel.  In most cases one would transcribe that letter into English or French with an “o” followed by an “e”, but many, many transcribers have not followed that rule.  Somewhere along the way, my ancestors’ just settled on the spelling R-O-A-H-R-I-G and standardized the family’s name. My ancestors then were probably from an area of Europe that spoke German. That U.S. Federal 1850 census lists Frederick Roahrig as from France; the 1870 census states that he was a native of Alsace.  THAT is the clue.  Alsace is a region of France that borders with Germany, and has been the site of political turmoil for centuries, rocking back and forth between French and German control.  At the time Frederick shows up in Ohio it was considered France.  His family may have spoken French, German or a combination of the languages.

I am exceedingly happy that fellow family historian, Doug Kreis, has shared his Register Reports with me.  THANK YOU AGAIN, DOUG!  For included in his massive projects are obituaries, which have some amazing data sets in aggregate.

Frederick Roahrig’s parents were Jean George and Eve Gerling Roahrig, born in Buhl, Alsace, France at the turn of the 19th century.  They married in Buhl on 31 December 1817 and had six children: Marie Eve, Magdalena, Frederick, George, Salome, and David.  All were born in Buhl before 1835.  I had found Frederick, husband to Elizabeth and father of John in the 1850 census.  Putting this much information together I can conclude that Frederick emigrated from Alsace between 1835 and 1850.

I swept my eyes back over the report again, this time concentrating on obituaries of Frederick, his wife Elizabeth Lapp, and his sister, Magdelena Reiger.  From these three obituaries I pull this data set:

Frederick Roahrig was born in 7 January 1827 in Buhl, Alsace, France.  He came to America with his parents and in a few years married 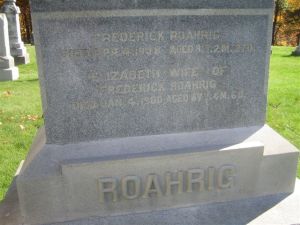 For now, my family story flows something like this: Jean George and Eve Gerling Roahrig, fed up with the political turmoil of their region and lured by the relative calm of America, emigrated in 1847, with their living children to America.  They landed at New York and came up the Erie Canal to Buffalo, then continued on westward to the open lands of Ohio.   Or they landed in Philadelphia and moved through Lancaster, Pennsylvania before heading out to the German speaking Ohio communities.  There, in Muskingum County, Ohio they were welcomed by the Lapps and the Zimmers, the Mosers and the Kreis’.  The children married, and had children who prospered.  And I am here, six generations later, to tell their story.

Next week: Sing praises for safe travels–in time.  Ahnentafels that will lead me to five ancestral immigrants!!