I took another box of mixed media from the house, the house my father last lived in.  Most of the holiday cards I threw out, their messages meaningful only to Norman.  Many of the photographs were ones I had sent him, or copies of pictures he had snapped and sent to me years ago.  Several letters from my uncle I sent on to my cousin, sure that she would appreciate the insight into her father.  Letters from my grandmother, Florette, I saved for a rainy day read.

Methodically I sorted the box’s contents, pausing now and again to hold a memory tight.  And then, just as I thought there was really nothing new here, I came upon an envelope postmarked 1985.  Pearl Freeman had shared a few photographs with my father.  Without annotations or a note of explanation, I don’t know the relationship but apparently this stranger was sharing adolescent memories.

To date the photographs I pulled out a few key details that my father had shared about his high school years. 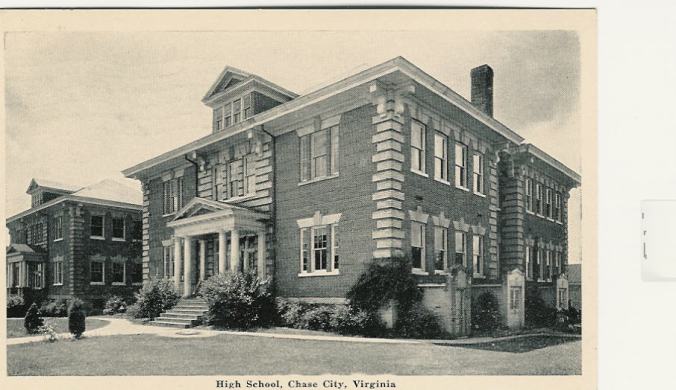 Norman is front row, third from left. These teenagers appear posing in their best outfits, in front of a brick building that may be the high school, with adults milling around in the back. I suspect that this is the Class of 1945, posing after Chase City High School’s graduation ceremony. 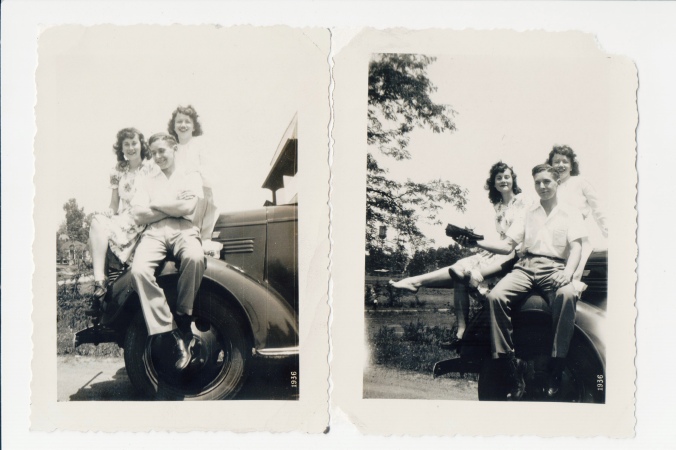 Here Norman sits on what appears to be a bus’ fender, reveling in female attention. His peak bus driving years were the mid-1940s.

Norman relaxes.  The cigarette dates the photo as around the time he graduated, at 17. 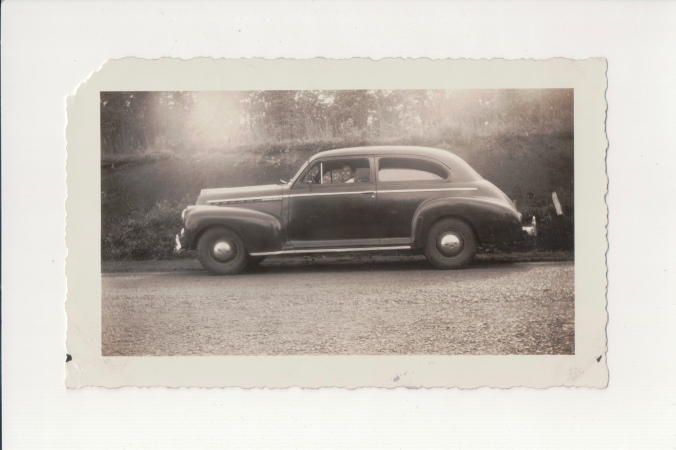 I am still researching the make and model. Because this capture was included with the other photographs, I am betting that this smile is of teenage-driver Norman.

If Pearl Freeman, or a descendant/friend, is reading this post, I hope you will leave a memory in the comments!!!