I look through a viewfinder at least once a day.  Photography makes me practice seeing different points of view; the very act of framing the familiar often reveals a hidden detail that adds unexpected meaning, an “aha!” that leaves me changed.

Genealogy can be a framing exercise too, with questions serving as viewfinder. During research on my dad’s neighbors, the Crute family, I posed the question:  If the Crute’s provided regular part-time labor for the neighboring Strickland tobacco acres, did the Stricklands reciprocate and provide needed labor to the Crutes?  Looking for reciprocity opened up the space to confront the Jim Crow-era world that set the context for my father’s memories, and consequently the lore that was handed down to me.

Charles, Clarence, and Robert, along with their mom, Cora, figure prominently in Norman Strickland’s childhood.  The black family lived on the Boydton-Chase City Road, a bit west of the Dodson/Strickland farm in Mecklenburg County, Virginia from the 1920s through 1940, at least.  The family also included their father, Mathew (1883-1931) and siblings Willie Bee, Daisy, Alice, Angie, and Odie.

During that era of hardship my grandfather pulled out all the stops; he farmed on Oakview, invested in Chase City real estate, and purchased one school bus after another, contracting with the public school system to transport rural kids into Chase City’s schools.  I was told as a child, repeatedly, that George Strickland single-handedly shut down all the one-room schoolhouses in the area.

And he did it with the regular part-time help of Charles, Clarence, and Robert, according to my father. 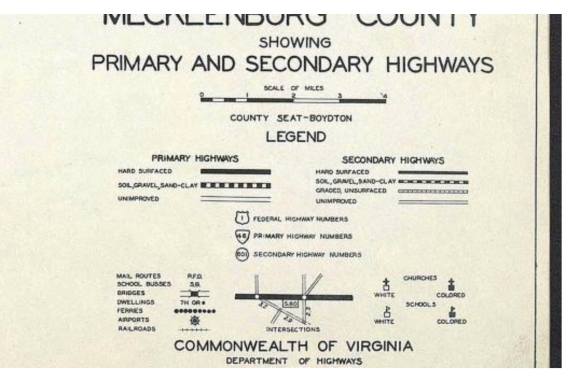 In the 1940 census, my uncles–Sidney, 17, Clifford, 15, and Paul, 14–were students in high school.  My dad,11, had just completed sixth grade.  Clarence Crute was 24 years old, farming on his own account, and evidently the primary support for his mother, Cora, and two sisters, Angie, 16, and Odie, 12, who were all listed as occupied in home housework.  Clarence had attained a seventh grade education, Angie a sixth grade education, and Odie a fifth grade education. The discrepancies in educational attainment and normal occupation are striking for the two families.

I once asked my father if George had used his buses to transport all the kids, or just the white kids.  Were all the one room schools shuttered or only the white schools?  Where did the Crute kids go to school?

Norman was stunned, I sensed, as he realized that he didn’t know where the Crutes went to school.  A conclusion is unavoidable:  George bought buses and transported white kids into better schools, into a system that went all the way through 11th grade.  But my grandfather didn’t buy buses to close all the black one room schools.  He didn’t even buy buses and hire the Crute men to drive the black kids who made it through the one room school curriculum into the local black high school, the Thyne Institute, founded on the outskirts of Chase City in 1877.

The explanations about the Crute contribution to the Oakview farm were woven as a story of reciprocity.  George needed help running the farm as his boys attended school and he gave the Crutes jobs and paid them with a fair share of the tobacco crop.  Granddaddy was a good and kind and fair employer, as the story went and the reality of the Crutes’ limited educational choices and work opportunities as a result were simply erased.

My family engaged in opportunity hoarding.

I don’t know where the members of this African American family landed after World War II.  From the records it appears that they, like my father’s family surged off the farms and into cities and towns with other work/life options.  But my father and his brothers had high school educations; Paul and my dad went on to college and into professional careers.  Sidney and Clifford held managerial positions for most of their lives.

What of the Crutes?  Did they migrate into the Bronx and Chicago and other destinations north?  What work did they find?  What dreams did they hold?

And what would their lives have been like, if instead of sitting atop a tractor or behind an team of oxen, they had sat on a bus? 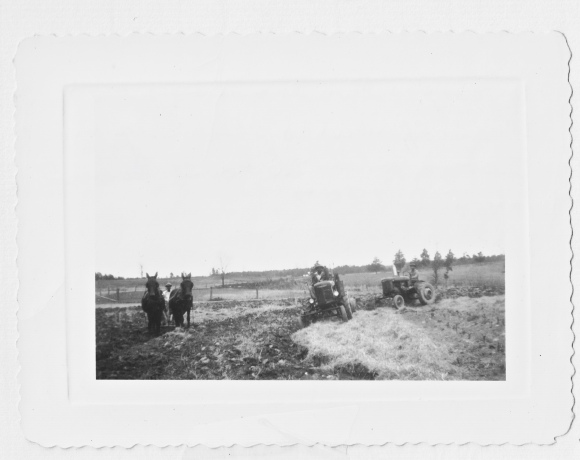